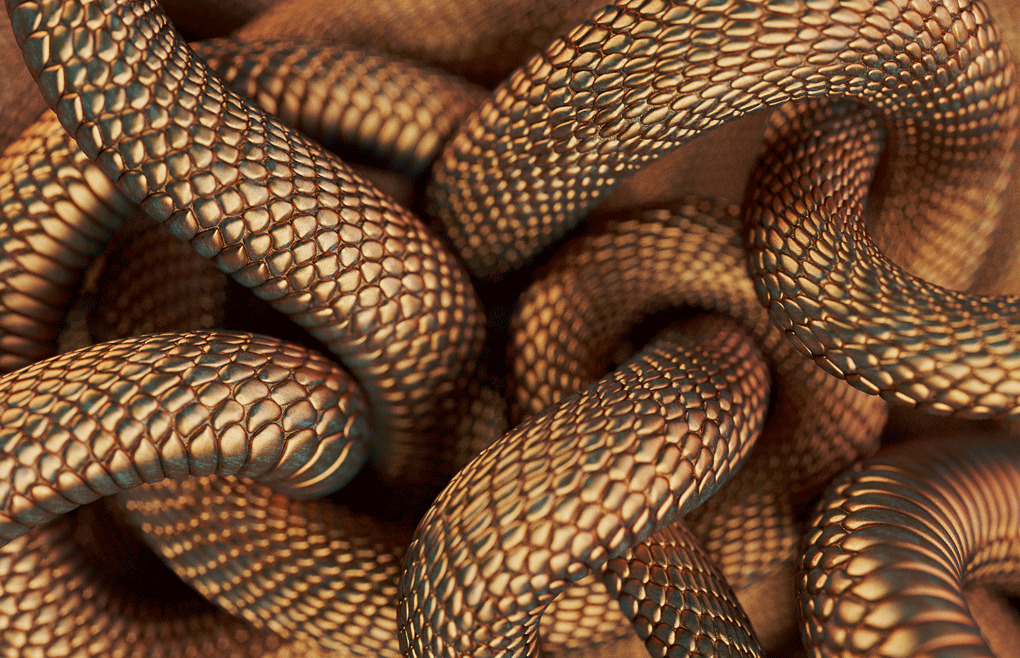 I don’t know when the idea occurred to me, but the way the wide end of the the ties narrowed reminded me of snakes. An art class idea! Snakes from neckties. A soft sculpture. My St. Joseph Elementary School art students picked out which tie they wanted, put a wire hanger through the tie, and then stuffed the tie. Voila! A snake sculpture. Once the wide end was stuffed, button eyes added, and if they wanted a tongue, they all had the appearance of cobras.

I displayed them by hanging them on the ceiling in the hallway outside the art room. The effect could have something out of Raiders of the Lost Arkor Snakes on Planes.

Although the snake sculpture became a part of my lesson plans every year, I did amass a large quantity of neckties. When I left teaching, of course, the ties went with me and were relegated to storage along with the other materials the school told me I could take “what I could find use for”.  As an aside, I usually find uses for all the things I have collected, although some ideas for use do take longer than others.

I started my own studio/gallery and called myself a Reclamation Engineer/Recycle Artist. I also started collecting wool sweaters—mountains and mountains of them.

First stop for neckties was an embellishment for the hats I made from fulled/felted sweaters.  The necktie embellished hats sold like gangbusters and were very popular at the Recycle Arts Festival at Santa Fe.  Eventually, I wanted to move on and come up with new ideas. The ties went back into storage and and the hats morphed into something else. So did the ties.